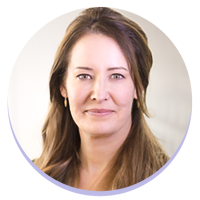 Dr. Desrosiers has more than 22 years of medical and administrative experience, including many within her own private medical clinic in Tracadie. Dr. Desrosiers was born in Montréal. She holds a College Diploma in Health Sciences from the Collège de Maisonneuve, and a Doctor of Medicine from the Université de Montréal. 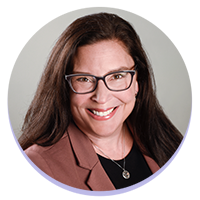 Originally from Neguac, Brigitte Sonier-Ferguson earned a bachelor’s and a master’s in biochemistry from the Université de Moncton in 2001 and 2005, respectively. She also undertook doctoral studies in biochemistry/immunology at the University of Ottawa from 2005 to 2010.

Ms. Sonier-Ferguson joined Vitalité Health Network in 2010, more specifically, the Training and Research Sector, of which she has been the director since 2015. During this period, she was responsible for the development and review of the strategic plan for the Network’s university mission, which is one of the cornerstones of the Network’s new 2020–2023 Strategic Plan.

She has received a number of awards in the course of her career, including “Le Prisme” as graduate of the year of the Faculty of Science of the Université de Moncton in 2018 and the Excellence in Management and Leadership Award of Vitalité Health Network in 2018.

Ms. Sonier-Ferguson is currently a doctoral candidate in Interdisciplinary Studies at the University of New Brunswick. 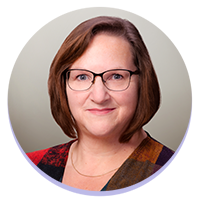 Ms. Smyth-Okana has over 30 years of experience in clinical services management and nursing. She was Director of Surgical Services at the Dr. Georges-L.-Dumont UHC and then Regional Director of the Network’s Surgical Services (32 sectors) and Medical Device Reprocessing Departments for over a decade. She thus has an in-depth understanding of the issues facing the Network. 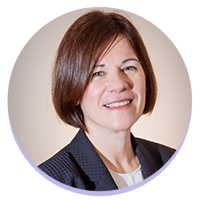 A native of Quebec’s North Shore, Dr. Banville graduated in medicine from Université Laval in 1993. Five years later, she completed a specialization in anesthesia-resuscitation at that same university.

She launched her career in 1998 as an anesthesiologist at the Chaleur Regional Hospital (Bathurst). Since then, she has held various leadership positions within the Network, including Chair of the Credentials Committee, Department Head of the Anesthesia Unit and a medical director of the organization. She also served on the Network’s first Regional Medical Advisory Committee (RMAC) from 2019 to 2012.

In her free time, Dr. Banville jogs, does bike tours and plays golf. 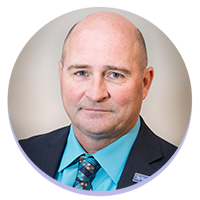 Jacques Duclos has extensive management experience in health services. He began his career in 1989 as a clinical psychologist at the Campbellton Community Mental Health Centre and went on to hold a Program Manager position there. He remained with the centre for nearly 15 years, devoting the greater part of his time to children, adolescents, and their families. He spent more than a year as Director of the Provincial Youth Treatment Program.

Mr. Duclos was Regional Director of Public Health for the former Restigouche Health Authority. In September 2008, he was appointed Executive Director of Academic and Medical Affairs with Vitalité Health Network. He was in charge of partnerships between the Network and postsecondary educational institutions offering health education programs and sat on the provincial working group on the development of designation criteria for the future university hospital centre and affiliated university hospital centres. He was also in charge of Research and Administrative Medical Affairs. From 2010, he was Executive Director of the Restigouche Hospital Centre.

In addition to his duties as Chief Operating Officer of the Restigouche Zone, Mr. Duclos is in charge of the following regional files: Addiction and Mental Health Services, Public Health, and Laundry (FacilicorpNB).

Mr. Duclos is a registered psychologist. As a graduate of the Université de Moncton, he earned a Bachelor of Psychology in 1987 and a Master of Arts in Psychology in 1990. 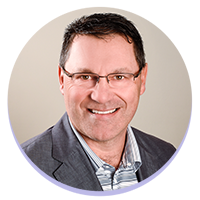 Vice-President of Outpatient and Professional Services

Stéphane Legacy has held management positions within the New Brunswick health care system for over 17 years. Starting in 1996, he held successive positions with the ACADIE-BATHURST Health Authority as Manager of Accounting, Director of Financial Services and Material Management, and Vice-President, Hospital Services. In 2007, Mr. Legacy was appointed Acting Executive Director of the ACADIE-BATHURST Health Authority and he remained in this position until 2008. He went on to become Vice-President of Professional and Diagnostic Services for Vitalité Health Network and then Executive Vice-President and Chief of Operations for the Network.

In addition to his duties as Chief Operating Officer of the Acadie-Bathurst Zone, Mr. Legacy is in charge of the following regional files: Diagnostic and Therapeutic Services and Information Systems (FacilicorpNB). 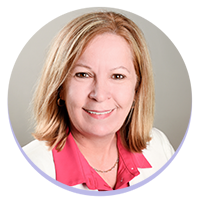 Gisèle Beaulieu is a trained dietitian with more than 20 years of experience in health care management and extensive experience in strategic and operational planning, development of corporate policies, as well as management and implementation of organizational projects and programs, including programs related to quality, risk management, and patient safety, information management, decision support, and privacy protection.

Ms. Beaulieu holds a Master of Business Administration (MBA) and a graduate certificate in public management (health) from the Université de Moncton. She is a member of the Canadian College of Health Service Executives and holds the professional title of Certified Health Executive (CHE). She also completed the Executive Training for Research Application (EXTRA) Fellowship Program from the Canadian Foundation for Healthcare Improvement. She is Improvement Advisor to the Canadian Foundation for Healthcare Improvement and sits on the Board of Trustees of the Shared Risk Plan for Certain Bargaining Employees (CBE) of New Brunswick Hospitals.

Ghislaine Arsenault will be joining the Network as Vice-President of Communications as of August 29 2022. Ghislaine is currently Director of Strategic Relations for the District scolaire francophone Sud and was a communications officer with the Université de Moncton for a number of years.

In addition to serving as a member of the national jury for the Prix d’excellence de la presse francophone of the Association de la presse francophone, Ghislaine has developed a number of very successful communication campaigns.  She began her career at Radio-Canada Acadie where she spent five years in the newsroom as a host and announcer on both radio and television.

Over the past six years, Frederic has served as Chief Human Resources Officer in the Department of Finance and Treasury Board.  Prior to that, Frederic was Assistant Deputy Minister for over a decade. He brings human resources expertise combined with strong innovation and critical thinking skills.

We are proud to have this leader join us.  Sharon Smyth-Okana will continue filling the position on an acting basis during the transition period.