Jump to Navigation
Home > The Importance of Your Medication List

In New Brunswick, more than one person out of ten has difficulty understanding a prescription for a medication or treatment.

A well-informed patient is a safe patient. Always remember to present your full medication list every time you see a health professional.

Medication-related incidents and their consequences

In Canada, 7,531 medication-related incidents causing harm were reported from January 2015 to January 2020. More than 90 people died.

Hydromorphone and insulin are among the medications most frequently involved.

Information is the best prescription. Help us to help you clearly understand your prescriptions and all the medications that you’re taking. Medication-related errors and many hospitalizations can be prevented.

Our seniors are those most vulnerable

Similar medications are sometimes available under different names. People can take two medications that are similar without knowing it, which makes it important to always show your medication list at every appointment with a health professional.

Acetaminophen is a popular pain and fever medication. It can be bought over the counter, i.e. without a doctor’s prescription. Generally sold under the brand name Tylenol®, it is also available under other brand names such as Atasol®, Tempra® and Abenol®.

New symptoms could be caused by one of the medications that you’re taking. This is a second important reason to always show your medication list at every appointment with a health professional.

The importance of knowing the medications you’re taking

All medications can be dangerous. For your own safety, you need to know which medications you’re taking and how to take them safely.

Whenever a new medication is prescribed for you, make sure you know:

Medications are sometimes prescribed to be taken “as needed.” Make sure you know what “as needed” means for your condition. The doctor or nurse practitioner who prescribed a new medication for you as well as your pharmacist can help you understand your prescription.

Knowing the medications you’re taking is an important part of looking after your health.

Certain completely different medications have similar names, either in how they’re written or pronounced?

This can cause sometimes dangerous medication errors. With thousands of pharmaceuticals on the market in Canada, mix-ups can easily occur!

Here are some examples of medications that require care to prevent errors:

Certain medications can be very attractive to children because they look like candy?

example, amiodarone, which is prescribed to treat heart conditions, can cause very dangerous reactions. Despite that, amiodarone looks very much like Rockets® candies. Some medications are even shaped like jujubes or suckers.

A child can easily confuse candies and medication; even adults can make that mistake, which makes it important to store medications safely. 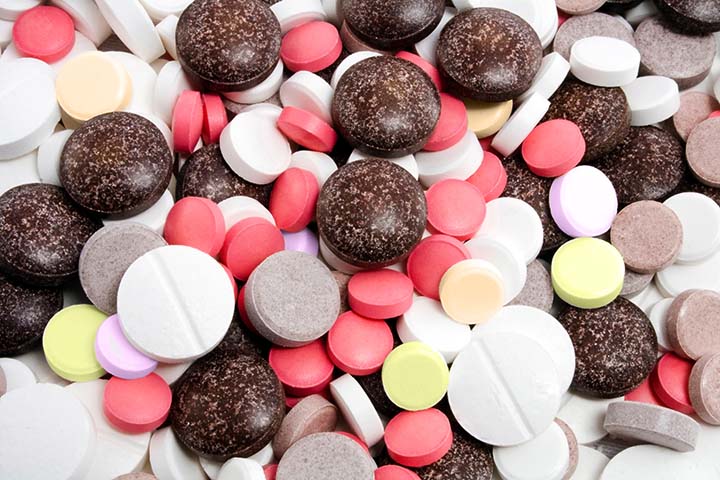 Certain medications must not be taken together?

Certain medications can interact, which can increase the side effects, reduce the desired effects or cause new effects. Certain interactions can be beneficial, such as when two medications are prescribed together to control blood pressure better. However, some interactions can be dangerous, such as the increased risk of bleeding that comes with taking Aspirin® and Coumadin® together.