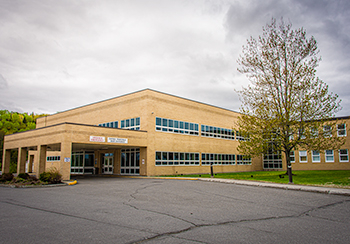 The hospital is always open.
(Certain entrances and exits are not accessible at night.)